Use the power of culture to bring people together in this "distanced" time through in-person and online activities; beautify our downtown through art displays and creative design; document this historic time with journals and photographs; get people talking by creating new social media; get people thinking by reaching them with poetry, literature and music. Got a good idea? We might fund it! Deadline November 16, 2020! See our grants page.

Each year, the Winchester Cultural Council gives grants for cultural activities in town with funding provided by the Massachusetts legislature and the governor and distributed through the Massachusetts Cultural Council. Because of the current health crisis, the grant application schedule has been delayed, but grant applications are  now available. Following are the important dates:

The Winchester Cultural Council particularly invites applications for grants in this year. We hope to be able to support local arts presentations in this difficult time, particularly those involving innovative responses to challenges brought by the coronavirus.

We accept proposals from organizations, schools and individuals of all ages for grants that support cultural activities in the community. Those activities can include performances, workshops, lectures, exhibits, festivals, short-term artist residencies, historical preservation, or other artistic projects and activities in Winchester.

Projects should have a local sponsor; local artists and performers are especially encouraged to apply. For more information, see our grants section or  please write us at info@winchesterculturalcouncil.org

The Winchester Sachem: "The Beginning of Winchester on Massachusetts Land"

As many in the town debate whether the "Sachem" should continue to be the mascot or symbol of Winchester, important information can be found in  historian Ellen Knight's essay "The Beginning of Winchester on Massachusetts Land". It is a revision of her article "The Sachems of Winchester" published in 1999 as a four-part series in the Daily Times Chronicle), which sought to correct some of the historical misinformation that has been generated through that enduring controversy. More information on the town's history (and on the adoption of the Sachem symbol) can be found on the Town of Winchester's Winchester History Online site.

There are lots of places to get information about the COVID-19 virus (for example, the town website: winchester.us/coronavirus, and the MCC resource page), but on this cultural website is a good place to showcase creative responses to the ongoing crisis. Those can include videos, songs, visual art, poems, essays, and more. We hope to grow this list as time goes by—please send us your discoveries and your creations!

More information about Squaw Sachem and the selection of the "Sachems" nickname (which dates only from the early 1950s) can be found in the article "The Beginning of Winchester on Massachusetts Land" by Ellen Knight (a revision of her article "The Sachems of Winchester" published in 1999 in the Daily Times Chronicle). See also the Winchester History Online page on the town website. 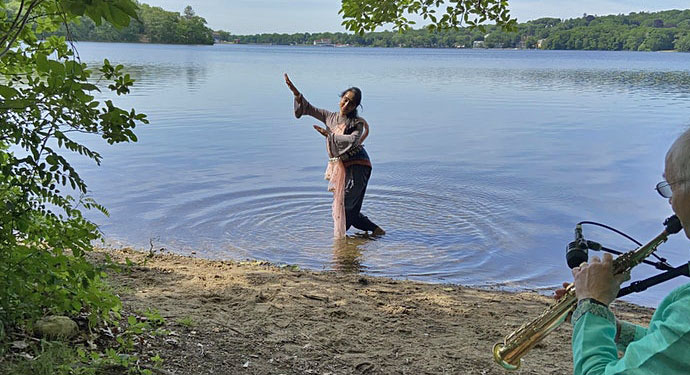